I love trying something new. But I love watching someone stretching their comfort zone even more. I love seeing someone go from a turtle shelled up to a laughing and glowing version of who they can be. Yesterday, as you may know, was Mother’s Day. My mom booked a hotel in Asbury Park, NJ. My sister and I met her for a day of fun and sun. Except it was raining. Quite hard.

Now my Mom is not always the best with spontaneity. She is much more comfortable doing the everyday and the mundane. Which is why yesterday surprised me. It was like she was in the movie, Yes Man. In this movie, Jim Carrey’s character agrees to say yes to everything. Obviously shenanigans and problems occur and he learns a lesson. And as I watched my mother experience things she never had before I was reminded of 5 things that I have been taking for granted about myself. 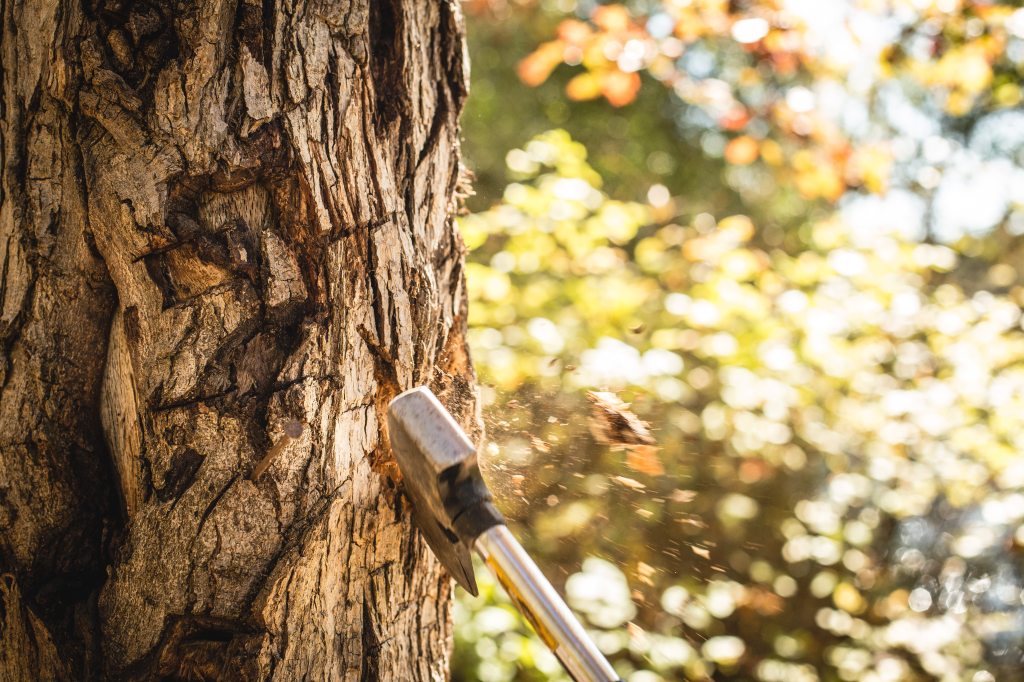 1. Saying Yes Is Not Easy

The first thing she did when we suggested that we go to Stumpy’s Hatchet House to throw little axes at the wall was say no. She puckered her lips and shook her head and refused to make eye contact. The more we mentioned it the more she resisted. Until she didn’t. Eventually, my mother said yes.

She was quiet on the ride to Stumpy’s and just stared at her phone. We pulled up and she was looking for excuses not to go in (conveniently I spilled tea in my sisters new car, so she focused on cleaning that up for a bit). As we walked in I saw her look of regret. I realized that she was terrified. That is when my pride swelled. Because I recognized that look. It is the same look I have every time I try something new. The fear of the yes. When you are asking, why the hell did I do this?

So there she is, staring at the hatchets in the box. She had that dear in headlights looks. We calmly urged her to throw and she did. She followed through with it. She said yes to going and then got throwing. It was definitely not easy for her. She doesn’t like things that can physically harm other people. So when my sister threw one at full strength, my mother’s eyes bulged wider than the Atlantic Ocean she wanted to sit by all day.

Once you say yes you need to do what you said yes to. As my mom stood there just staring I knew she was looking for an excuse to get out of it. To sit at the table and watch us throw instead. We didn’t let her and she started to thrive. She actually was better than both of us. As she began to throw more and more, she settled into it and the smile came out, then the excitement, then the pride that she did it. We bought her a tee shirt to commemorate the pride.

3. Once You Start, It’s Easier To Continue.

After we left the Hatchet House, we still had a lot of time in the day. So off we went to Yestercades. An arcade in Red Bank. Now I am a gamer, I can get my sister to play with me, but my mother is never the one to want to play. She would much rather be on her phone while the rest of us play. But she agreed. And I realized it is because once you stretch your comfort zone, it gets a little easier to do it again.

Just like when you stretch a muscle, the first time through the resistance is going to be strong. It is. There is no way around it. But the second and the third iteration through the same stretches are easier and you get deeper. At the end you have more range of motion than ever before. She enjoyed some pinball and some Galaxian and even a bit of Wii U. And I can not remember the last time I have heard such a pure laughter from her.

Peer pressure can sometimes be a good thing. I love trying new things. I do them alone most of the time, because I told myself I won’t say no to something just because I can’t get someone to come with me. But honestly, it’s better with friends. I guarantee my mother would not have chosen to do either of the things we did yesterday, but she agreed to join us.

Friends push you to do things you never have before. And because you know and trust them it makes it easier to say yes. This quality form of peer pressure tends to help you strive for better results, either competitively or just to make them proud. And honestly, it is just more fun. Having that small amount of normalcy makes the unknown seem a fraction less daunting than it was before. And you need every advantage you can get when trying something new.

I have been bothering my mother about trying new things for a while. I realized that I was taking for granted the amount of practice that I have at it. That I have spent years diving into new circumstances. By doing so I have forgotten to trust the process. I have forgotten that when I first started trying new things I was very much a turtle in the shell, always retreating back. Just over time the shell has cracked some and shrunk in size.

So when the sun was not out and we met at the beach we were at a bit of a loss. We sat at the lunch table and started talking about what to do. We saw the perfect situation for everyday adventure. And adventure we did. But we took it one step at a time. And now we have a few great stories to tell, which is part of the goal.

So Happy Mother’s Day, Mom. Thank you for continuing to teach me lessons. I am proud of the way you approached yesterday. It was nice to see you smile like that. I hope you enjoy the goofy picture of all of us I posted. None of us look good.

So, what did you do with your mothers yesterday? Did you try something new or something tried and true? Let me know! I’d love to hear from you!

John Latona Jr., The Boy with the Bear.

Hi there! I am freelance lighting designer, electrician, audio engineer, lover of animation, dogs and Obi-Wan Kenobi. I am here to tells stories. My own mostly. The Boy with the Bear is about how I continue to write my story and how I can weave everyone around me into it in a unique way. View all posts by John Latona Jr.